Garnet is a January birthstone and is said to be a symbol of love and truth. Garnet is believed to bring positive energy into your life, increase your willpower, and boost your confidence. It is also said to be helpful in overcoming depression, anxiety, and other negative emotions. If you are looking for a gemstone that can help you boost your overall mood and well-being, garnet might be the gemstone for you! 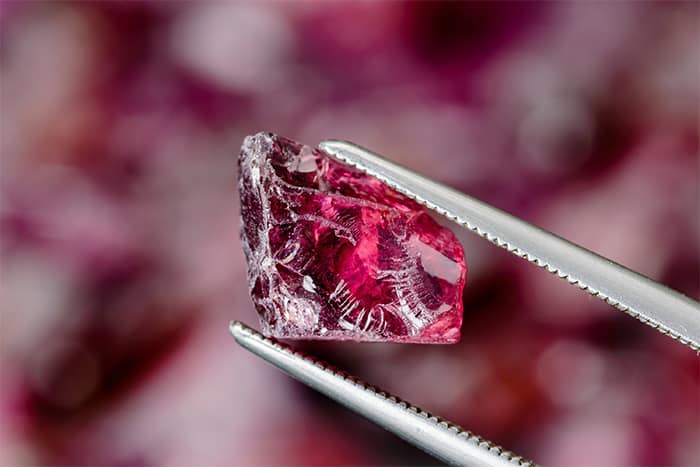 There are six main types of garnet: almandine, pyrope, spessartine, grossular, uvarovite and andradite. These gemstones can be divided into two categories: precious and semi-precious. Precious garnets are typically red in color, while semi-precious varieties come in a wider range of colors including green, yellow, orange and brown.

Garnets are found all over the world, but some of the most notable deposits are located in Sri Lanka, India, Madagascar, Brazil and the United States. They vary in size from tiny crystals to massive boulders weighing several hundred pounds. The largest known faceted garnet is an 880-carat stone from Malawi that is on display at the Smithsonian Institution in Washington D.C.

Meaning and Symbolism of Garnet

Garnet has been prized for centuries for its many attributes. The word garnet is derived from the Latin word granatus, meaning “pomegranate”, in reference to the gemstone’s similarity to the fruit in color, shape and size.

The symbolism of garnet is Janus-faced, as it has many meanings. The first meaning is love and affection. Garnet is also a symbol of commitment, passion, and enduring love. For example, ancient Egyptians believed that the fiery red gemstone could help keep a relationship strong. It was also thought to be a powerful aphrodisiac.

Another meaning of garnet is protection. The gemstone is said to absorb negative energy and protect its wearer from harm. It’s also thought to be a ward against evil spirits. In addition, garnet is said to promote physical healing and vitality. Some believe that the gemstone can help restore balance in the body and improve circulation.

Garnet has a characteristic deep red color and is often used as a gemstone. Garnet has several physical properties that make it unique.

It is one of the heaviest minerals, with a specific gravity of around 4.3. It is also very strong and resists scratching and breaking. In addition, garnet has a high refractive index, meaning that it reflects light brightly.

Garnet is a January birthstone, and is associated with the zodiac sign of Capricorn. Garnet is believed to be a powerful protective stone that can guard against accidents and misfortune.

It is also thought to be a stone of strength and vitality, and can boost energy levels. Garnet is said to promote creativity, sexual passion, and courage. Additionally, garnet is purported to have metaphysical properties that can improve mental clarity and reduce stress levels.

Garnet has been used for centuries for jewelry and other decorative items. It is also used in a variety of industrial applications. Some of the key uses of garnet include:

Garnet is used in jewelry because of its durability and attractive color. It can be found in a wide range of colors, including red, green, yellow, and blue.

Garnet is used as an abrasive because it is durable and can withstand high temperatures. It is commonly used to polish metals and other materials.

Garnet can be used as a filter to remove impurities from liquids and gases. It is effective at removing particles down to the size of 2 microns. 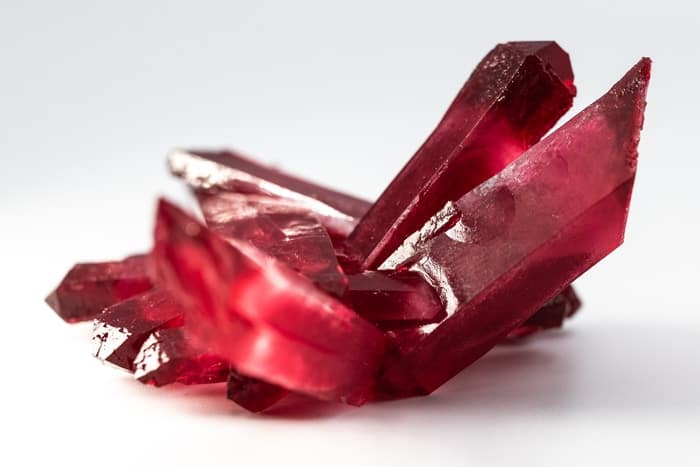 From the ancient Egyptians to modern day practitioners of crystal healing, garnet has been prized for its supposed ability to heal the body and mind. The deep red stones are thought to stimulate the root chakra, which is associated with physical energy and vitality, and promote circulation.

They are also said to encourage positive thinking and boost self-esteem. In addition to its purported therapeutic benefits, garnet is said to be a powerful protective stone that guards against harm.

Garnet is said to support the flow of money into your life and keep it there. Whether you are looking to attract new financial opportunities or want to keep what you have, garnet can help. Place garnet in your wealth corner or use it in meditation to attract wealth into your life.

The stone is also said to protect your belongings and encourage responsible spending. If you are looking to bring more wealth into your life, consider using garnet.

Garnet for Love and Relationships

Garnet can be used to enhance love and relationships. It is known as the “Stone of Commitment” because it helps to strengthen bonds and keep relationships healthy.

Garnet can also promote positive energy and help to resolve conflicts. For these reasons, many couples choose to use garnet in their wedding rings and other jewelry.

Some people believe that garnet can be used for luck. Garnet is a birthstone for January, and is thought to bring good luck to its wearer. Some say that if you keep a piece of garnet with you, it will help you achieve your goals and bring you happiness. Others believe that wearing garnet can protect you from accidents and negative energy.

The chakras are energy centers in the body that correspond to different areas of health and well-being. There are seven chakras in all, and each one can be opened and energized through the use of gemstones.

Garnet is a stone that is associated with the Root Chakra, which is located at the base of the spine. When this chakra is open and energized, it can help to ground you and connect you to the earth. It can also help to boost your physical energy and vitality.

Garnet is also associated with the Sacral Chakra, which is located in the lower abdomen. This chakra governs creativity, sexuality, and pleasure. When it is open and energized, it can help you to feel more creative and passionate about life.

Garnet is believed to have been used by Noah during the great flood. Some believe that it was this very gemstone that helped him navigate his way through the rough waters. The gem is also said to bring good luck and protection to its wearer. Many soldiers wore garnets into battle, believing that they would be safe from harm.

The legend of garnet says that the gem was created when all the other precious stones in the world combined to form one perfect jewel. This story may be based on the fact that garnets are found in many different colors, including red, which was especially prized by the Egyptians.

The history of garnet goes back to the Bronze Age. Trade routes were set up between India and the Mediterranean Sea, and it is believed that traders brought garnet to Europe from India. The gemstone was highly prized by ancient civilizations for its beauty and rarity.

The tombs of ancient Egyptian pharaohs were adorned with garnet, and it was believed to protect the deceased from harm. Garnet is also mentioned in the Bible, where it is said to be one of the twelve stones in the breastplate of Aaron.

During the Victorian Era, the Victorians were fascinated by garnet, and it quickly became a popular gemstone. Royalty and the wealthy elite wore garnet jewelry, and the gemstone was even used in engagement rings. Garnet remains popular to this day, and is often used in jewelry and other decorative items.

Where Is Garnet Found

Garnet is found in a number of locations all over the world. In the United States, garnet can be found in California, Idaho, North Carolina, and Wyoming. The most significant deposits of gem-quality garnet are in Africa, where it is found in countries such as Tanzania, Mozambique, Madagascar, and South Africa. Additionally, India is a major source for garnet. Small amounts are also mined in Australia and Brazil.