How Is Chert Formed

Jewel How
Table of Contents show
How Does Chert Form?
Composition of Chert
Properties and Characteristics of Chert
Color of Chert
Types and Classification of Chert

Chert is a type of sedimentary rock made up of cryptocrystalline and microcrystalline quartz, which is the mineral form of silicon dioxide. This occurs as layered deposits, concretionary masses, and nodules. Chert can break with conchoidal fracture that usually produces extremely sharp edges. 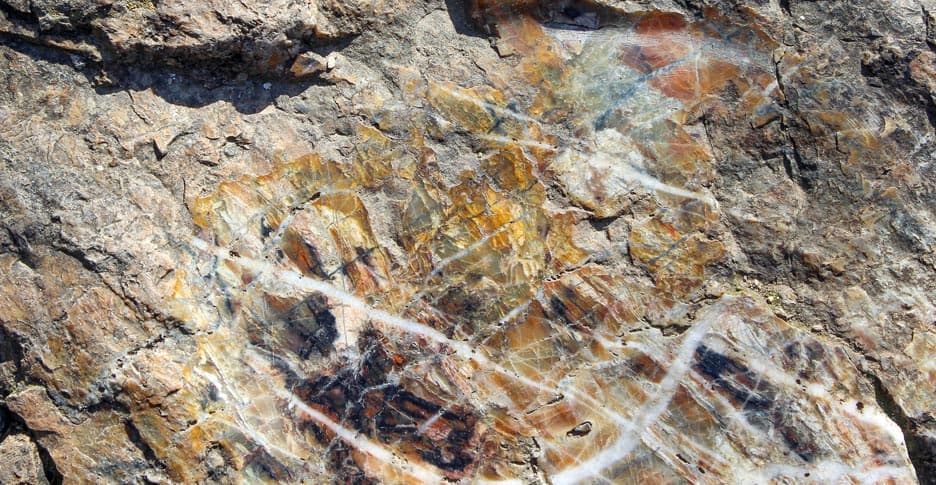 People in the ancient times took advantage of the way chert breaks and they used it to fashion weapons and cutting tools. Flint and chert are names being used to refer to the same material. These two are both varieties of chalcedony.

How Does Chert Form?

If there are numerous concretions or nodules, these can grow big enough to merge with each other to form an almost continuous layer of chert in the sediment mass. The chert that is formed through this process is considered a chemical sedimentary rock.

A certain amount of silicon dioxides present in chert is assumed to have biological origin. There are some parts in the shallow seas and oceans that have large numbers of radiolarians and diatoms living in the waters. The said organisms have glassy silica skeleton. There are also sponges that produce spicules made up of silica.

Upon the demise of these organisms, their silica skeletons descend to the ocean floor where these dissolve, re-crystallize then possibly become part of chert nodule. There are areas where the rate of sedimentation of the materials is sufficiently high to form laterally extensive and thick layers of rock. Chert formed through this method can be regarded as a biological sedimentary rock.

In most instances, chert is a biogenic rock made of the siliceous tests of siliceous sponge spicules, radiolarians, diatoms, and others. There are times when these sea creatures’ microscopic fossilized remains could get preserved in the rocks.

The siliceous tests are not composed of quartz at first but following their burial, diagenesis, and compaction, opaline siliceous sediments turn into quartz. Even though the material that this is made of came from the marine species’ siliceous tests, the rock itself doesn’t usually get deposited in situ. This might move as a liquid rich in silica and form some nodules in rocks through replacing the original material that is usually carbonate. This is why it is often considered as a rock of chemogenic origin. Its bedded variety is usually linked with turbidity currents. 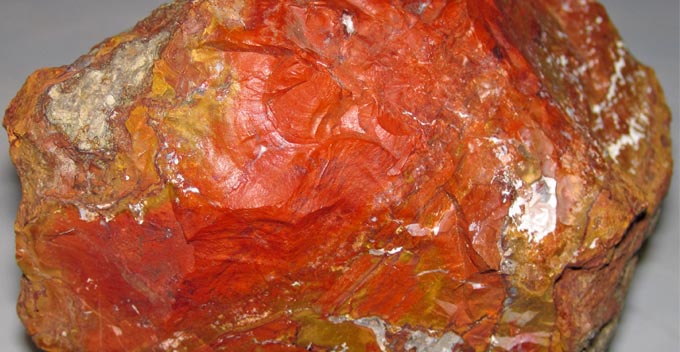 Properties and Characteristics of Chert

The hardness of chert is similar to that of crystalline quartz that has a hardness rating of 7 in Mohs scale, probably somewhat softer at 6.5 when this still contains hydrated silica. Aside from its hardness, chert is also a pretty tough rock. This stands on top of landscapes in the outcrops that can resist erosion. This is dreaded by oil drillers since it is too difficult to penetrate chert.

Chert is not like quartz in the sense that it is not translucent all the time and is never transparent. It also has a resinous or waxy luster different from the glassy luster that quartz has.

Chert can occur in a plethora of colors. The continuous gradients of color exist between black and white or brown and cream. It is also common to see red, orange, yellow, and green cherts. The darker colors are usually due to the inclusions of organic matter and mineral matter. Red color is produced when the chert is abundant in iron oxides. Jasper is the name usually used to refer to the reddish cherts. An abundance of organic material can produce black or gray chert. These darker chert colors are called flint.

Types and Classification of Chert

Chert comes in numerous varities classified according to their visible, physical, and microscopic characteristics.

Some other not so common terms used to refer to chert, with many of them archaic, include silex, firestone, chat, flintstone, chat, and silica stone.