How to Tell If an Opal is Real

Jewel How
Table of Contents show
Check for Black or White Backing or Lining
Inspect the Opal’s Surface
Look at the Side
Conduct the Visual Test
What is an Opal?
What is a Synthetic Opal?

Why is it important to know how to tell if an opal is real? With real opal being a stone of high value, nothing is worse than buying an opal only to find out that it is fake. To make sure that you don’t become a victim of fake opal, there are several ways to help you determine if your gemstone is the real thing. 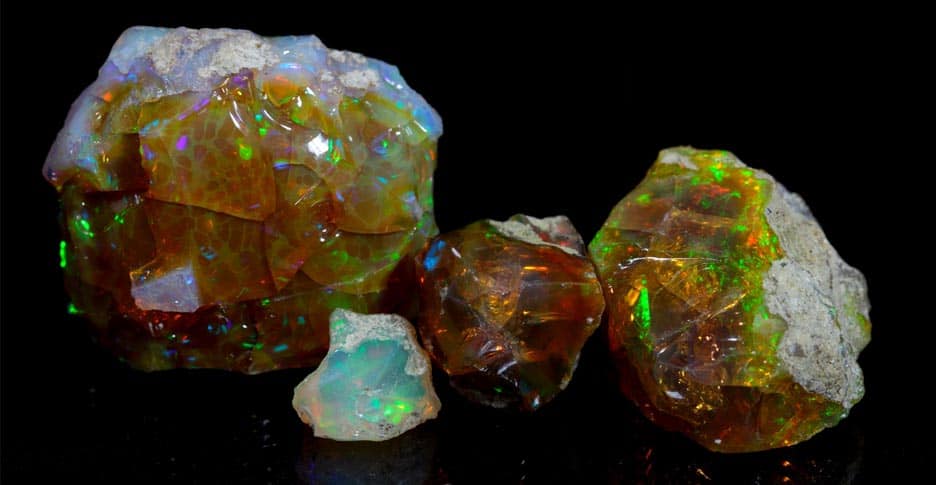 Check for Black or White Backing or Lining

Before anything else, check if your opal has a black or white backing or lining. If it has, this means that the mineral combination is manmade and based on how many colors you got, you might be holding a triplet or double.

Triplets or doubles are not automatically fake but it also means that your opal is not pure. If opal is bound to be a triple or double, other minerals can be used for completing the construction with a manmade adhesion. Manufacturers and labs also make use of plastic backings for such constructions.

Precious real opals don’t have a glassy appearance even if these are a mineraloid. A finish that looks seemingly polished might mean that the opal has been layered or capped with a different layer to either alter its aesthetics or serve as its protection.

Various materials are used to cap the constructions of layered opal. There are manufacturers that use plastic but others can also use well-polished glass for capping precious opal.  It doesn’t matter if the glass was well-polished since this remains a glass that can adhere to the gem. When you inspect the opal from one side and it is easy for you to see right through its first layer, it means that you have a triplet.

The market is now filled with synthetic opals. It might be hard to differentiate these from the natural or real ones since these are made to simulate the naturally-occurring mineraloid. An expert jeweler or trained gemologist can let you know if your specimen is a synthetic opal or real opal.

Look at the Side

Can you see some think layers that look like they were adhered to each other? It is another case of manmade fusion and once again, you might have a triplet or double. Pure precious opal doesn’t adhere to another gem. One more way to determine if you have a manmade or modified opal is to inspect the back part of the specimen. The backing of modified or manmade opal is often similar to that of smooth plastic. 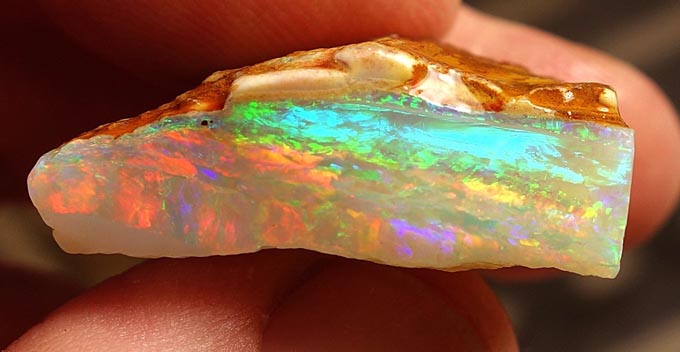 Due to the natural formation of real opal, it doesn’t have a completely soft and flat back. A tiny quantity of real opal is typically bound to the sample of the host rock, or also known as the brown boulder or other backing materials such as glass or vitrolite. The presence of additional content adhered to the main body signifies hefty modification on the part of the manufacturer.

One visual test that is remarkably accurate is none other than the water fog test. To do this, you need to submerge your opal in water for some time to allow the piece to soak up some water. In the event your stone is double or triple, water will start seeping in between the adhesion layers that can cause fogging. You are going to see the moisture as it seeps between the sheets once you inspect the piece under intense natural light. Once again, it doesn’t mean that you have a faux opal. What it means is that it is not completely made of mineraloid.

What is an Opal?

An opal is a hydrated and amorphous version of silica mineral, with the form having an actual water content that is around 3% to 21%. This has been formally categorized as mineraloid and is often present in rock fissures. Good examples of rocks where opal may form include marl, rhyolite, limonite, and basalt.

The most important supply of opal is being mined in Australia and this is also considered as the subcontinent’s national gemstone. What sets opal apart from the rest of the gems being collected is its content of water. It also has the tendency to diffract light. Real opal comes in various colors including yellow, white, magenta, brown, and others.

Red and black hues are the rarest opal of them all. This means that black opals and red opals are the most highly prized and the most valuable opals in the world of jewelry.

The colorless opal, or also known as potch, doesn’t show any hint of color or hue and this is why this is referred to as common opal. As for precious opal, or the specific type being used in pieces of jewelry, it often presents a complex interplay of various colors. This interaction is because of the layering of the opal molecules interspersed with the mineraloid’s physical crystallization.

What is a Synthetic Opal?

The price is the second reason. Since a synthetic opal doesn’t contain the precious opal compounds, their price tags are significantly lower compared to their natural counterparts.

Pierre Gilson was the first to create synthetic opals in 1974. This process makes use of several compounds although the primary idea is using a polymer that lets the silica spheres in the stone to bind themselves to one another. It was not too long ago when Mexfire was manufactured, a new type of synthetic opal.

By learning how to tell if an opal is real, it will be easier for you to determine if the stone you are getting will give you your money’s worth.