How to Tell if A Garnet Is Real or Fake

Jewel How
Table of Contents show
How to Identify a Real Garnet
Colors
Hardness
How to Test if A Garnet Is Real or Fake
Thermal Conductivity Test
Refractive Index Test
Density Test
What to Do if You Bought a Fake Garnet?
How Do I Know if My Garnet Is Valuable?
Conclusion

A garnet is a type of gemstone that comes in many different colors. The most common color is red, but they can also be found in other colors such as green, yellow, and purple. Garnets are often used in jewelry because of their beautiful colors and their durability. They are also relatively affordable, which makes them popular among people who are looking for a good value in a piece of jewelry. 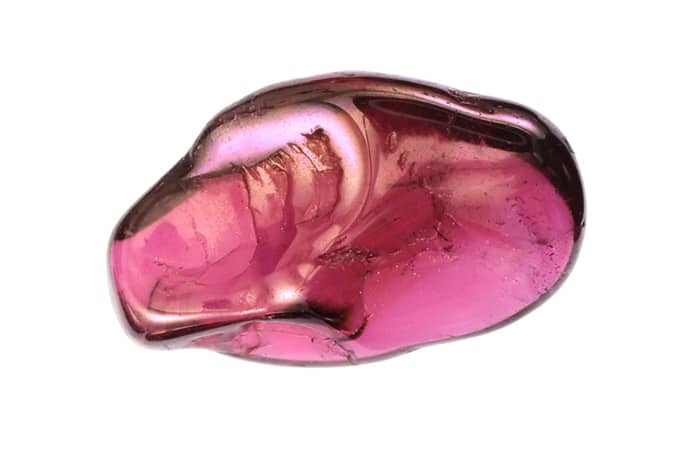 In order to distinguish between real and fake garnet, look for certain signs. For example, fake garnets will often have a green tint to them, while the real thing will usually be a deep red. Also, be sure to touch the gemstone to check if it’s smooth or has bumps. If it’s bumpy or has inclusions, it’s probably not real.

How to Identify a Real Garnet

When you are looking to purchase a garnet, it is important to be able to identify the gemstone. There are several ways to do this, including its color and hardness. By understanding these factors, you can be sure that the garnet you are buying is the real thing and not a fake.

The garnet is a type of mineral that can be found in a variety of colors. While many people might think all garnets are red, they come in a range of colors including green, yellow, orange, and even black. Here are some tips on how to identify a real garnet by its color:

When it comes to the mineral garnet, there are a few different varieties you might encounter. However, by knowing how to test for the mineral’s hardness, you can quickly and easily determine if what you have is a real garnet.

Garnet has a hardness of 6.5-7.5 on the Mohs scale, so using a pocket knife or other sharp object, try scratching the surface of your specimen. If it leaves a scratch, then it’s likely a harder mineral than garnet and therefore not likely to be that gemstone. However, if the surface is smooth after scratching, then you likely have a specimen of garnet.

How to Test if A Garnet Is Real or Fake

While many people may think that all garnets are the same, there are in fact several different types of garnet. Because they are prized for their beauty and durability, it’s important to be able to tell the difference between a real garnet and a fake one. There are several ways to test if a garnet is real or fake. 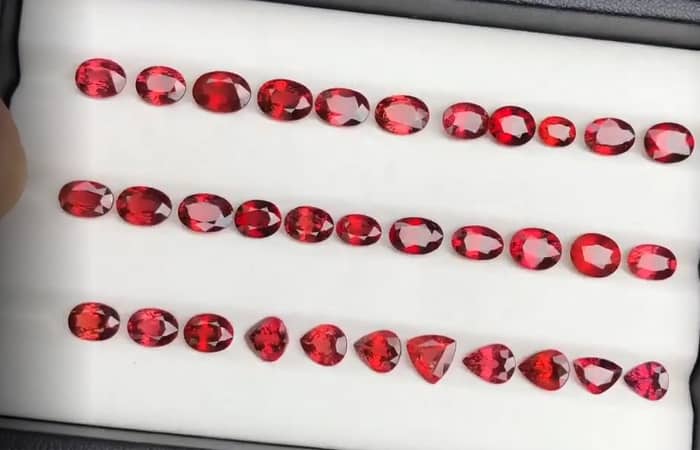 One way to test a garnet is to use a Refractive Index Test. A garnet has a refractive index of 1.72-1.75. When testing a garnet, you will need a prism, light source, and scale. The prism will be placed on the light source so that the light passes through the prism and into the gemstone. You will then need to take the scale and measure the angle of incidence and angle of refraction.

Testing garnets is important for gemologists and jewelers to determine the quality of the stones. One common test is the density test, which can be used to measure the specific gravity of a gemstone.

Garnets typically have a density of between 3.2 and 4.1 grams per cubic centimeter. So, if you have a stone that weighs 5 grams in air and 4 grams in water, its specific gravity would be 3.5 (5 divided by 4).

What to Do if You Bought a Fake Garnet?

If you think you may have purchased a fake garnet, there are a few things you can do. First, take the gemstone to a local jeweler for an evaluation. They will be able to tell you if it is, in fact, a garnet and whether or not it is real.

If it turns out that you did purchase a fake garnet, take some time to research the differences between natural and synthetic garnets. This information can be helpful when trying to get your money back from the seller.

Finally, always remember to ask questions before buying any type of gemstone online or in person.

How Do I Know if My Garnet Is Valuable?

Garnet is a valuable gemstone that comes in many colors. Here are some tips on how to determine if your garnet is worth something.

If you are still unsure about the value of your garnet, take it to a jeweler and have them appraise it. They will be able to tell you exactly how much your garnet is worth and give you some ideas on how to best showcase its beauty.

In conclusion, there are several ways to tell if a garnet is real or fake. The most reliable way is to have a gemologist examine the stone. However, there are some simple tests that can be done at home to get an idea if the garnet is real or not. If you are ever unsure about the authenticity of a garnet, it is best to consult with a professional.