What Does a Diamond Symbolize?

Jewel How
Table of Contents show
Symbolic Meaning of Diamonds
Meanings and Symbols of Different Diamond Colors
Why are Diamond Rings Considered a Symbol of Marriage?
A Short Look at the History of Diamonds

Diamonds have long been the representation of numerous symbols across different cultures and eras, from the tools used by the early civilizations to timeless jewelry pieces. These one of a kind stones are eternal and the way people perceive them has also changed through the centuries. So, what does a diamond symbolize? 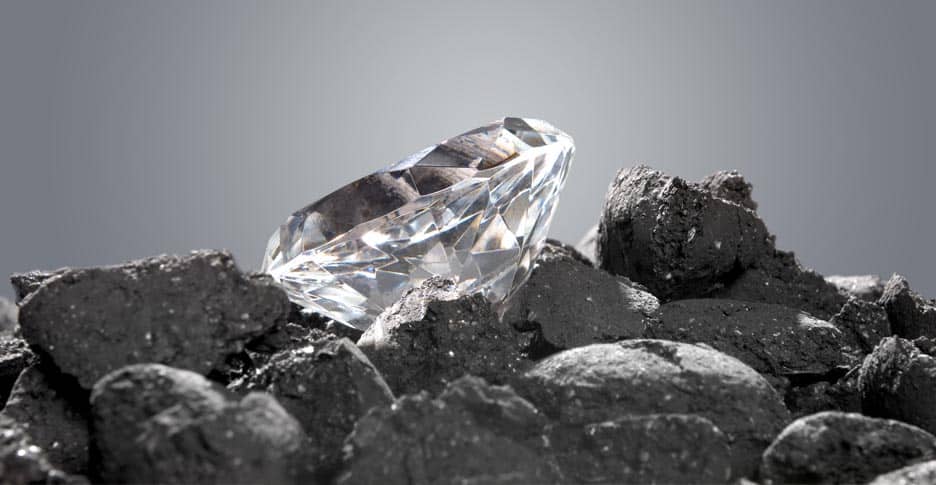 Diamonds have widely been accepted as a symbol of commitment and love. Back in the days, gemstones weren’t added to rings. Today, however, engagement and wedding rings are typically set with diamonds. In fact, it would be impossible to find a wedding or engagement ring that doesn’t feature a diamond or something similar.

Diamonds may also serve as a symbol of wealth and status. Just like how the aristocrats and royal families in the bygone times had their special collections of diamonds, it has also become common to see diamonds as adornments on bags, wallets, phone cases, and sometimes, even clothing. Even though diamonds are now more prevalent than what they used to be in the past, they continue to be considered as luxury products reserved only for people who can actually afford them.

Diamonds can also represent extravagance and beauty. From dinners of presidents to star-studded award shows in Hollywood, diamonds have found their way on accessories and jewelries. Aside from rings, you can also see these stones on necklaces, watches, and earrings. This gemstone has a different way of reflecting and sparkling under the lights and this makes them even more captivating while oozing with elegance.

Sadly, diamonds have been associated with some of the worst conflicts and tragedies that the world has seen. The mining of this precious gemstone led to child soldiers and child slavery as well as civil wars in Liberia and Sierra Leone. 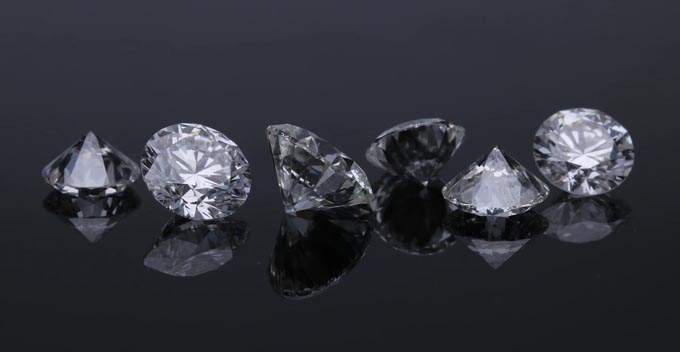 Color is among the primary factors that determine the worth of a diamond. The color scale for diamonds starts from completely colorless or D up to color diamonds or Z. In general, pure white diamonds ranked at D are considered the rarest and the most expensive as well.

But, there are some color diamonds that tend to be pricier than Very Light Color diamonds. Unless you buy artificially enhanced diamonds, most diamonds retain their color.

While diamonds are usually clear or white, color diamonds exist due to the chemical deposits that surround them. There are individual symbolisms associated with every color of diamonds.

Orange diamonds are among the rarer colored diamonds formed because of the presence of the chemical boron. The orange diamonds represent enthusiasm and energy.

Pink diamonds are known for their everlasting beauty. These are incredibly sought after diamonds and are also somewhat rare. Their pink color represents creativity, romance, and joy.

Blue diamonds are traditionally a symbol of power and royalty since blue is the color of nobility. Giving blue diamond as a gift signifies higher love and respect for the recipient.

Brown diamonds are a symbol of being grounded and humble since the color represents the earth. Brown diamonds are formed because of the presence of nitrogen. These are also believed to denote inner balance and strength.

The mysterious black diamonds symbolizes a yearning for reconciliation and sorrow.

Why are Diamond Rings Considered a Symbol of Marriage?

Since the ancient times, Egyptians have considered rings as a representation of power and love. The circle or ring was deemed as the symbol of eternal love and life. The Romans and the Greeks also adopted a similar view and not long after, the whole world has followed suit.

When it comes to the actual diamond, the stone’s hardness is also synonymous with the theme of union and love. Diamonds are not only tough because they also sparkle and shine unlike other gemstones on the planet. In fact, even the smallest piece of diamond can shine bright like the sun.

Since diamonds are significant investments, they are also the representation of major long term commitments. All of these are the reasons why diamonds have been considered as the symbol of purity and endless love.

A Short Look at the History of Diamonds

Diamond is a word that originated from “adamao,” a Greek word that means “I subdue” or “I tame” or probably “adamas” that means unbreakable or inflexible. The latter has become the de facto word that describes diamond’s hardness.

The earliest record of diamond in history dates as far back as 4th century BC in one Sanskrit manuscript the from the dynasty in northern India. When the 13th century came, diamonds, together with gold and pearls, started to become a favorite adornment for European jewelry. After three centuries, faceting was also introduced as well as the concepts of fire and brilliance. It was during this time when laws have been enacted to reserve this gemstone only for aristocracy and royalty. In 1330, it was believed that Venice was among the first places that started the industry of diamond cutting that helped in its flourishing trade with Belgium and France.

It was during this time when diamonds became a symbol of power and rarity until the industry changed with the new discovery in 1870s. Deposits of diamonds were found in South Africa that quickly transformed the gemstone to a public commodity the next year. This is when diamonds started to be traded all over the world with the total trade exceeding 1 million carats for the very first time.

Diamonds today are no longer reserved only for the royalty. These precious stones are now a favorite for special celebrations and moments, from red carpet events to engagements as they hold unique symbols like no other gemstones in the world.