Why Is Jade Important in China?

Jewel How
Table of Contents show
History of Jade in China
Uses of Jade
Jewelry
Carvings
Sculptures
Health Benefits
Feng Shui
Wealth and Abundance
Symbolism of Jade in Chinese Culture
Where Can Jade be Mined?
Conclusion

Jade is a mineral that is found in many parts of the world. In China, it is considered to be a very valuable stone and has been used in jewelry and other decorative items for centuries. The color of jade can vary from green to white, and it is often carved into intricate shapes. Jade is thought to be a powerful stone that can bring good luck and protect the wearer from harm. 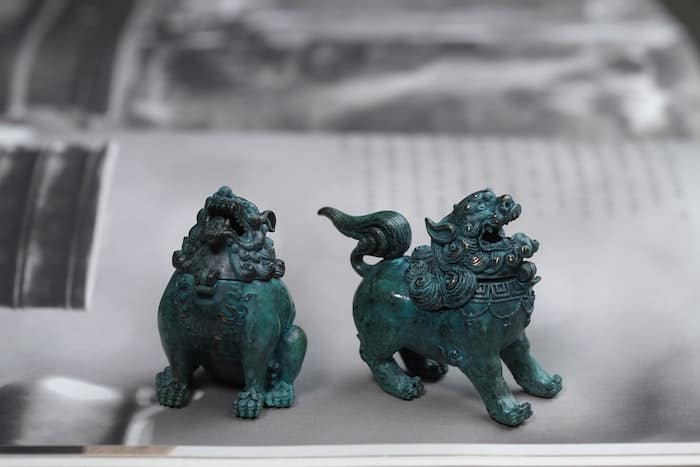 History of Jade in China

Jade has been used in China for over 7,000 years and is still popular today. The Chinese believe that jade brings good luck, health, and wealth. Jade is a type of mineral called nephrite. It is found in many different colors such as green, white, black, and orange.

The first jade was mined in China over 7,000 years ago. The Chinese people believed that jade brought good luck, health, and wealth. They also believed that it could protect them from evil spirits. In the early days, only the wealthy class could afford to own jade.

The first emperor of China, Qin Shi Huang (259-210 BC), was buried with a jade suit made of more than 6,000 pieces of jade. Jade was also used to make jewelry and other objects for the imperial court.

In Chinese mythology, it is believed that jade was given to humans by the gods. Many emperors and other members of the royal family were buried with jade objects to help them in the afterlife.

Jade is a semiprecious stone that has been used in jewelry and other decorative items for centuries. While most people think of Jade as a green gemstone, it can also be found in other colors, including white, black, and yellow. Here are six ways you can use Jade in your everyday life:

When most people think of jade, they think of a green gemstone. In reality, there are different types of jade, including green, white, and yellow. Jade is often used in jewelry, and it can be quite beautiful.

However, some people believe that not all jade is real jade. In fact, some believe that much of the “jade” sold as jewelry is actually fake jade. This fake jade is made from various materials, including glass or plastic.

Jade is a uniquely hard and durable mineral that has been carved and used for ornamentation for over 6,000 years. The ancient china prized jade for its color and believed it could confer immortality. Jade was used to create ceremonial masks, beads, and other objects in China from at least 3,000 BC. Today, jade continues to be a popular carving material due to its unique qualities and historical significance.

Jade is a beautiful stone that can be carved into a variety of shapes. It has been used as a material for sculpture for thousands of years, and ancient cultures prized it for its many qualities, including its beauty. The Chinese were particularly skilled in the art of jade carving and created many amazing pieces. Some of these sculptures are on display in museums around the world, while others are in private collections.

Jade is thought to have many health benefits, including boosting the immune system, reducing stress levels, and improving mental clarity. Some people also believe that jade can help with weight loss and fertility issues. While there is no scientific evidence to support these claims, jade is still considered to be a valuable mineral for health and well-being.

Jade is a popular stone for Feng Shui, as it is thought to bring good luck and prosperity. In addition, jade is said to promote health and long life. It is often recommended to use jade in the home or office to create a positive flow of energy.

Jade has been used for centuries in China for its supposed ability to bring wealth and abundance. In China, jade is considered to be the most precious of all gemstones, and it is often given as a gift to symbolize good luck and prosperity. Jade is said to promote financial security, encourage generosity, and attract new opportunities.

Symbolism of Jade in Chinese Culture

Jade is a stone with a long history of use in China. It is considered a symbol of royalty and good luck, and is often given as gifts to important people. In addition to its symbolic meaning, jade is also thought to have physical benefits, such as preventing illness and improving health. Jade has been used in Chinese culture for thousands of years, and it is still an important part of traditional Chinese celebrations and ceremonies.

Since ancient times, jade has been treasured in Chinese culture as a precious heirloom. The gemstone is believed to bring good luck, health, and happiness to its owner. It is also seen as a symbol of purity and nobility. Jade is often carved into intricate designs and worn as jewelry ornaments. Many families pass down their jade treasures from generation to generation in order to keep the luck and good fortune they bring with them.

Where Can Jade be Mined?

Jade is a gemstone found in many parts of the world. The most prized jade comes from China, where it has been mined for centuries. There are also jade mines in other countries, including the United States, Canada, Russia, and Australia. Jade is also found in Mexico and Central America.

In conclusion, jade is a highly valuable material in China and is often used in jewelry, carvings, and other decorative items. It is believed to have many properties, such as promoting good health, preventing accidents, and bringing good luck. As such, it is considered an important part of Chinese culture and is sought after by many people.