Cultured pearls are created when a small bead, or nucleus, made of either plastic or shell is inserted into the oyster. The oyster will then coat the nucleus with layers of nacre, the same shiny substance that makes up natural pearls. Cultured pearls can be produced in a variety of colors, including white, black, pink, and lavender. They are also often less expensive than natural pearls. 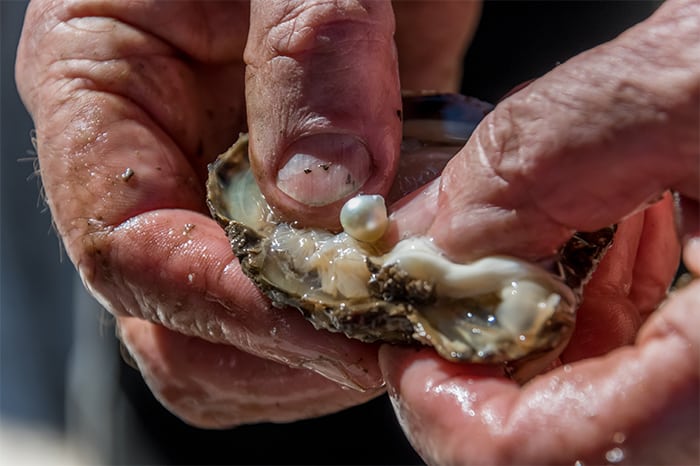 The cultured pearl industry has been around for centuries, with the first pearls being cultured in China. Today, the majority of cultured pearls come from Japan. Pearl farming is an intricate and time-consuming process, but the results are beautiful.

Supporters of the cultured pearl industry argue that it is an environmentally friendly way to produce pearls, as it does not involve harming or killing any animals.

Does Removing the Pearl Kill the Oyster?

The pearl is a coveted object for many because of its rarity and beauty. It is a product of the oyster, and some people believe that removing the pearl from the oyster will kill the oyster. Is this true?

There are a few schools of thought on this matter. The first belief is that the pearl is not essential to the oyster’s life and it can live without it. The pearl is actually a byproduct of the oyster’s defense mechanism. If something tries to eat the oyster, it will release a secretion that will coat the object in question. This often results in a pearl being formed.

The third belief is that removing the pearl will definitely kill the oyster as it is thought that the removal of a pearl could cause further damage to the oyster’s delicate tissues.

The cultivation of oysters, which are used to produce pearls, can have an impact on the environment. Oysters are filter feeders and help to clean the water. When they are farmed for pearls, however, they can become over-harvested and this can damage the ecosystem. In addition, the use of dyes and other treatments to enhance the appearance of pearls can also be harmful to the environment.

The socioeconomic impact of pearl culturing is significant. Pearls are cultured in oysters and other mollusks. The industry has created jobs for people all over the world, from fishermen to jewelers. Cultured pearls are also a major export for many countries. In addition, the industry has helped to support economies by providing revenue from taxes and other sources.

While pearls are often considered a vegan accessory, they are not actually vegan because they are a product of an animal. Oysters produce pearls in response to an irritant inside their shells, such as a parasite or piece of sand.

To create a pearl, the oyster coats the irritant in layers of nacre, which is composed of mother-of-pearl. This process can take up to two years and the oyster will sacrifice its life in the process. Because pearls are not vegan, those who seek to avoid using animal products should avoid them.

While pearls have been harvested for centuries, the process of pearl harvesting has come under scrutiny in recent years. Some people argue that pearl harvesting is cruel, as it can involve the brutal killing of oysters.

Others claim that the process is not cruel, as the oysters are not killed in the harvesting process and can live for up to 20 years. Whether or not pearl harvesting is cruel is a matter of opinion, but it is clear that the process can be harmful to oysters and other marine life.

In conclusion, while cultured pearls may be seen as more ethical than those formed naturally, there are still some concerns that should be considered. These include the environmental impact of producing cultured pearls and the use of harsh chemicals in the process. Additionally, it is important to be aware of where the cultured pearls come from and how they were produced. By being informed consumers, we can make more ethical choices when it comes to jewelry.