What Will Cause Pearls to Be Different Colors?

The natural color of pearls ranges from white to black, but they can also be found in a variety of other colors. Champagne-colored pearls are the most popular type of pearl, but they can also be found in shades of pink, green, blue, and lavender. Pearls are often treated with a colorless lacquer to enhance their natural color or to create a new color. Some pearls are even treated with a dye to produce a very intense color.

How Colors Are Formed on Pearls

Rarely is anything as breathtaking as a perfectly round pearl. The lustrous orbs come in a variety of colors, but how are these colors formed? Pearls are created when an irritant, such as a piece of sand, becomes lodged in the oyster. To protect itself, the oyster coats the irritant with layers of nacre, which is also known as mother-of-pearl. The thickness and color of the nacre depend on the type of oyster and the environment in which it lives.

Akoya pearls are cultured pearls that are produced in the Akoya oyster. These pearls are typically small to medium in size and have a round or near-round shape. They are often very white in color, with a high luster. Akoya pearls are the most commonly-used type of pearl in jewelry, and they are typically less expensive than other types of pearls. 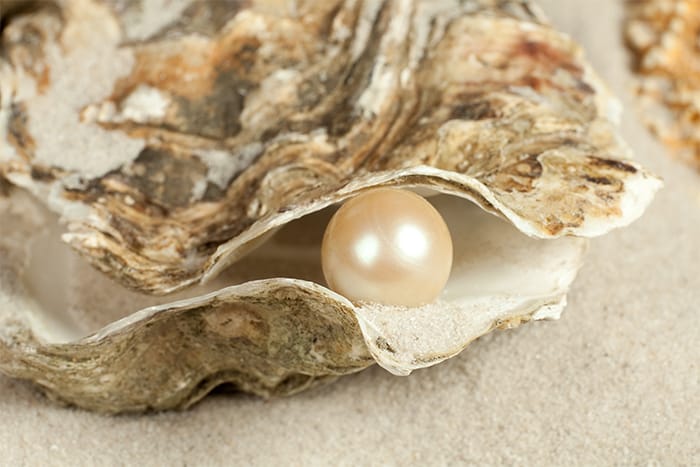 How Many Colors Do Pearls Come In?

The world of pearls is vast and varied. From the commonplace white pearl to the rare and exquisite black pearl, there are many different types of pearls to be found. In addition to these traditional colors, there are also a number of other colored pearls that can be found on occasion. Here are seven of the most common types of colored pearls:

White pearls are created when an oyster covers a nucleus, such as a piece of sand, with a secretion of nacre. This creates a hard, smooth “pearl” that is generally white or off-white in color. While any mollusk can produce pearls, most commercial pearls come from oysters.

Black pearls are rare, dark-colored pearls that are produced by several species of black-lipped pearl oysters. These oysters are found in the warm waters of the Pacific and Indian oceans. The finest black pearls come from the Pinctada margaritifera species of oyster. Black pearls are highly valued for their beauty and rarity.

Golden Pearls are a rare type of pearl that form inside the shell of a clam. These pearls are highly sought after because of their unique color and rarity. Golden Pearls can sell for tens of thousands of dollars depending on their size and quality.

Lavender pearls are freshwater pearls that exhibit a delicate lavender hue. They are typically small in size, and their color can vary from light purple to deep fuchsia. While they are not as common as white or gray pearls, lavender pearls can be quite beautiful and prized for their unique color.

Blue pearls are the rarest type of pearl because the blue color is the most difficult to produce. The blue color is caused by a specific type of oyster that lives in very deep water. These oysters produce a small number of very dark blue pearls, which are highly prized by collectors.

The chocolate Tahitian pearls are a rare type of pearl that is found in the waters around Tahiti. They are a dark brown color, and are often mistaken for chocolate chips. These pearls are highly sought after by collectors and jewelry enthusiasts, and can fetch a high price on the market.