How Is Garnet Formed?

Garnet is a type of hard and dense silicate mineral that occurs in different types of rocks. However, it is specifically common in certain the metamorphic rocks such as amphibolites and schist. This is a common kind of rock-forming mineral in certain igneous rocks. 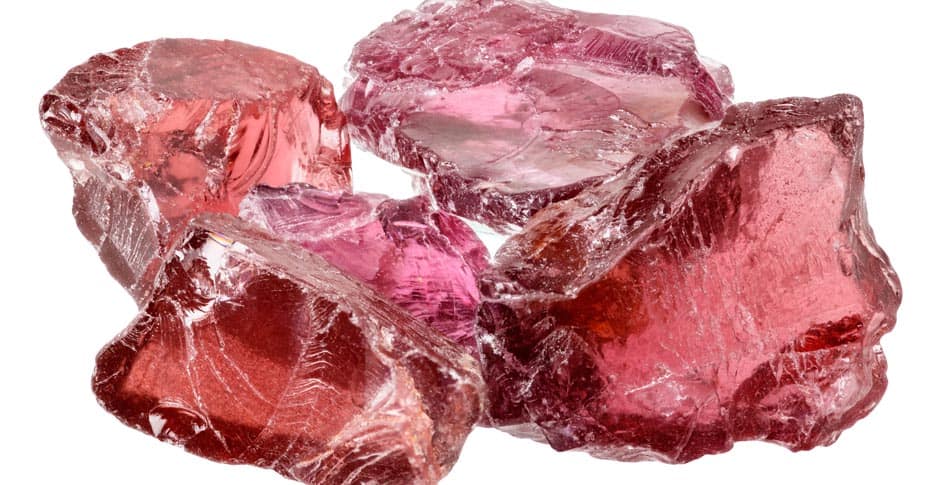 Garnet can form in different ways depending on the specific rocks where it is found.

Garnet is a relatively durable material. It is usually found concentrated in soils as well as sediments that are formed when rocks that bear garnet have eroded and weathered. The alluvial garnets are sometimes the target of various mining operations since it is quite easy to mine and extract them from the soil or sediment with the use of mechanical processing.

Garnets often occur as accessory minerals in igneous rocks like granite. Most people have heard of almandine garnet as this often seen as crystals of dark red color in igneous rocks that are used as granite countertops. The orange garnet that can be found as crystals in the granite pegmatites is called spessartine. Pyrope is the red the garnet brought to the surface of the earth in peridotite pieces that have been torn from the mantle as a result of deep source volcanic eruptions. You can also find garnet in basaltic lava flows. 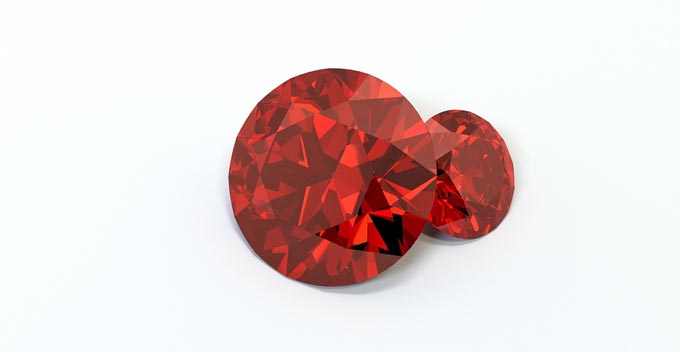 Many garnets form at the convergent plate boundaries wherein shale is acted on by the regional metamorphism. The pressure and heat of metamorphism can break the chemical bonds and cause re-crystallization of minerals to structures stable under the new environment’s pressure and temperature. Almandine, the aluminum garnet, often forms in such environment.

Since the rocks are already metamorphosed, garnets begin as small grains and grow bigger little by little over time throughout the progression of the metamorphism. As the garnets grow, they will displace, replace then include all surrounding rock materials.

Calcium garnets often form once the argillaceous limestone gets altered to marble through contact metamorphism on the edges of the igneous intrusions. They include grossular, andradite, and uvarovite which are typically green garnets that are somewhat softer with lower specific gravity. There are two types of calcium garnets that receive high regard in the world of gem trade. These are the demantoid, a type of golden green andradite and tsavorite, a kind of bright green grossular.

Garnet is the common mineral found in skarns. The skarns are types of metamorphic rocks that undergo mineralogical and chemical alteration because of metasomatism. In the process of metasomatism, chemically active and hot fluids flow through rocks to promote compositional change and re-crystallization. Skarns are often rich not only in garnets, quartz, carbonate minerals, and pyroxene minerals.

Garnet is hard and can resist weathering that makes it a rather common component of the sandy sediments. Garnets are not a type of dominant minerals but this can be found in different amounts in an extensive variety of sediments and types of rocks. It is also among the primary minerals in eclogite and is easily noticeable due to the contrasting and intense coloration, often red, and since this usually stands out from the rocks’ surface.

Garnets are actually a group of minerals and not just one mineral. The minerals have the same crystal structure although they also have variable chemical compositions. Garnets can be divided into two primary groups. The ones with AI in the Y structural site include the pyralspites the while the ones witjh Ca in X site are the ugrandites. The strange names have been derived from the initial letters of the specific single minerals that belong to the groups. Pyralspite is made up of pyrope, almandine and spessartine while the ugrandite group is composed of uvarovite, grossular, and andradite. 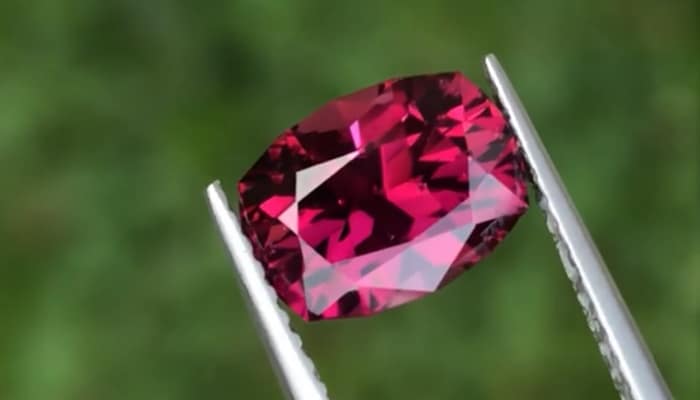 Garnets have been used as gemstones for more than 5,000 year. This has been discovered in jewelry pieces in most ancient Egyptian burials. It is also Ancient Rome’s most popular gemstone. This is a stunning gem often sold without any kind of treatment. These are not only durable because garnets are also common enough which makes it possible to use them in jewelry at a fraction of a cost.

To this day, garnet remains to be an in demand gemstone. This serves as the birthstone for January and this is also the traditional gem that is given during the second anniversary of a couple. Many people instantly think of red gemstone every time they hear the word garnet since they are probably not aware that it can actually occur in various colors. The truth is that gem quality garnets can occur in almost all colors. Red is the most common color while blue is especially rare.

The red almandine is the type of red garnet usually found in pieces of jewelry since this is cheap and inexpensive. Spessartine and pyrope are reddish garnets often seen and used in jewelry making because of the same reason.

For the past few years, green demantoid garnet also rose to popularity. Its dispersion is 0.057 that is responsible for giving it a fire that exceeds the dispersion of diamond at 0.044.

The green tsavorite has a rich and bright color that is similar to that of emerald. This is typically used as a form of alternative stone for emerald. These two forms of green garnets have become more popular although they are more expensive than almandine.

Other Uses of Garnet

The lack of cleavage, hardness and tendency of breaking to irregular grains paved way to the recovery, crushing, and sorting of size of garnet to be used in abrasives like sandpaper. As stated the earlier, the garnets can also be used as gemstones. The reddish purple and transparent red pyrope from the former Czechoslovakia and the Middle East has been used in this capacity for many years. Green andradite is being cut, polished then marketed as a valued demantoid. Rhodolite is the pale rose red garnet composed of one part almandine and two parts pyrope.