What Is the Rarest Gem in the World

Earth has been blessed with hundreds of natural gemstone varieties that are all unique and beautiful in their own rights. But, aside from the known precious gems such as diamonds, there are actually others that are too rare that seeing one in your lifetime might be next to impossible. 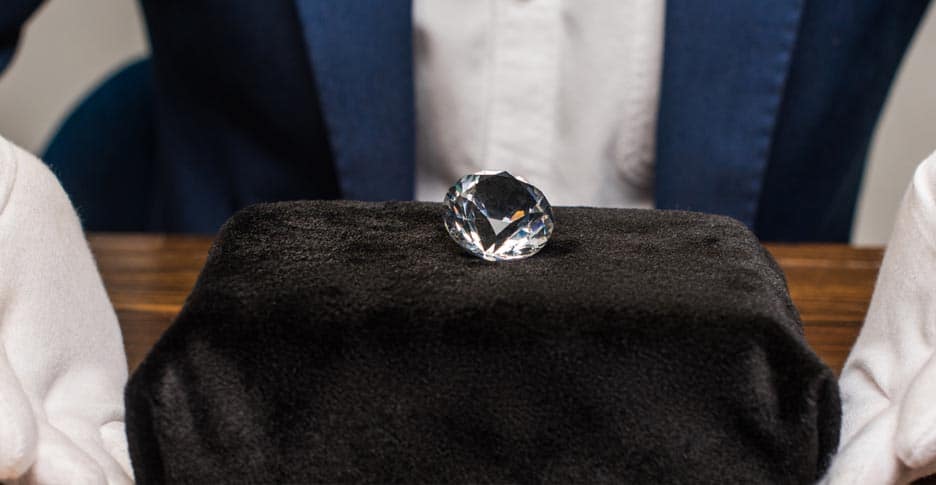 So, what is the rarest gem in the world right now, then?

Well, the truth is that it is a bit tricky to order gemstones according to their rarity, basically because of the possibility that the stone might have undiscovered sources that could change how rare it is as a whole. This is why there is no way to tell what the rarest gem in the world really is because there might be a source of it that is not found just yet.

But, it doesn’t mean that no gemstones can qualify as rare. It all boils down to supply. If the stone’s supply is much lower compared to that of other stones, this makes it a rare gem.

Listed in no particular order below are some of the rarest gems in the world:

Found exclusively in Tanzania, thus explains the name, Tanzanite is a gorgeous blue variety of zoisite. It got its name from the fact that it can be exclusively found in a tiny area close to the foot of Mount Kilimanjaro in Tanazania.

It was only during the 1960s when this stone was discovered in quantities ideal for commercial use. From then on, it enjoyed a tremendous popularity, all thanks mainly for the efforts made by Tiffany & co.

The use of heat to treat tanzanite at extremely high temperatures can help improve its blue colorations. This is why many gems these days are treated using this method. However, a tanzanite that is not treated with heat yet with a strong blue color will naturally be more expensive.

Since this is found in a single tiny location, there is a chance that tanzanite’s value will increase over time. The moment the existing mines become empty, no new stones will come to the market except if there is a discovery of a new source.

Even though Poudretteite is a rare gem overall, there are almost no gem-quality versions of it. While this was originally discovered in the 1960s in Canada, it was not until a different source was explored in 2000 in Myanmar when a high quality stone was finally found.

The particular gem found in Myanmar had 9.41 carats and might also be the biggest faceted Poudretteite stone that exists in the world. This particular piece has found its residence in the Smithsonian Museum’s National Gem Collection.

Benitoite, discovered in California in 1907, is yet another rare gemstone of blue to purple color. It even became the gem of the state in 1985. It was initially mistaken for a sapphire because of its coloring. But, after an analysis, it was identified to be a mineral that was previously undiscovered.

This gem is very rare to the point that many people won’t really be able to see one in their entire lifetime. In addition, the mine where the gem was uncovered was already shut down during the mid-2000s that almost guarantees that this stone is going to remain as one of the world’s rarest gemstones permanently.

Opals often have a creamy white color made special thanks to their rainbow-colored inclusions reflecting the light every time the stone is move. However, the much rarer variety are the black opals since almost all these can only be found in the mines in the area of Lightning Ridge, New South Wales, Australia. The stone is more valuable if its inclusions are brighter with a darker background color. 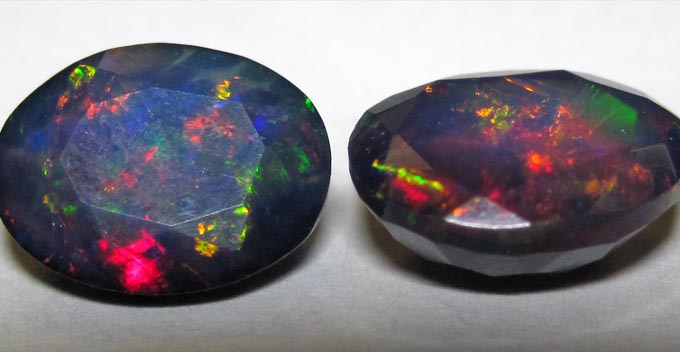 The Aurora Australis is one of the all-time most valuable black opals in the world that was uncovered in 1938 in Lightning Ridge. This 180-carat opal has earned the admiration because of its intense harlequin coloration and large size.

The extremely rare blue variety of pectolite, Larimar can be found in just one small location in the Dominican Republic. The name of the turquoise stone was conjured by the man responsible for the prominence of this stone in 1974. He was none other than Miguel Mendez. He used part of the name of his daughter, Larissa, then combined this with mar, the Spanish term for sea, to form the portmanteau larimar.

The locals were aware of the stone’s existence for many years since tiny samples washed up on the shores in the area. However, it was only during the 1970s when adequate quantities were discovered in the ground enough for opening a mine.

Tourmalines quite common all over Brazil in various colors yet the Paraiba tourmalines happen to be the only stones that have a bright turquoise color because of their copper content. These very rare gems were unearthed in 1987 by Heitor Dimos Barbosa, a determined miner who was driven by the belief that there was something special lurking beneath the hills of Paraiba, a state in Brazil.

Barbosa was actually right and after many years of futile digging, he ultimately discovered a tourmaline of unparalleled neon blue color the awakened the market of gems.

The turquoise-colored tourmalines were also discovered in 2003 at the mines in the mountains of Mozambique and Nigeria. This is a very rare stone that became highly in demand, especially since only one stone gets mined for each 10,000 diamonds.

Alfred Lacroix, a French mineralogist, first described grandiderite in 1902. He discovered this in Madagascar then named this after Alfred Grandidier, a French explorer who was also an expert on the natural history of Madagascar.

This very rare mineral of blue green color has been discovered in various corners of the world. However, only Sri Lanka and Madagascar were able to produce gem-quality stones that remain extremely scant to this day.

These are just some of the rarest gemstones in the world that are highly coveted not only for their out of this world beauty and value but also their scarcity.