What Does Druzy Mean?

Jewel How
Table of Contents show
What is Druzy?
How is Druzy Formed?
Properties of Druzy Crystal
Primary Features of Druzy Cabochons
Size of Druzy

The word druzy, or also known as druse or drusy, pertains to the aggregate mass of tiny crystals or crystal druse. Many different minerals can form these crystal clusters or intergrowths. The shapes and mineral species of the crystals formed depend on the composition of fluid. Crystal size is the function of fluid pressure and temperature. 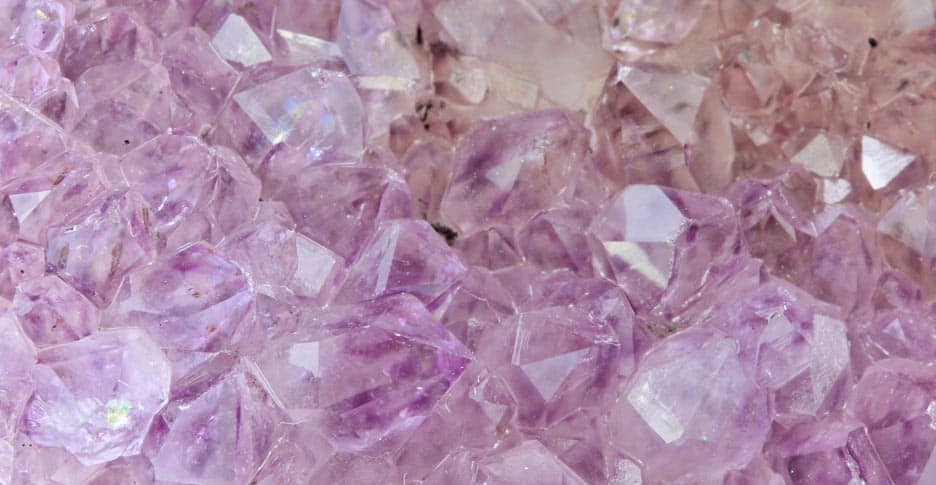 A druzy is the set of small crystals of minerals forming on another stone’s surface. There are various types of druzy since minerals also come in many types. Every specific type of druzy has unique characteristics like crystal size, color, and luster.

Quartz is among the most common types of druzy due to the prevalence of silica all over the world. Whatever the mineral that forms the druzy might be, its overall appearance often looks like sugar. The small crystals are regarded as beautiful because similar to large gemstone, druzy also glitters and catches the rays of light.

Druzy is that stunning glittering effect of small crystals on top of a colorful mineral. This is very beautiful once used in crafting jewelry pieces.

One of the biggest advantages of druzy stones is the fact that these are not that as pricey as large faceted gemstones. They also have great color and sparkle and could be cut easily into different shapes.

A druzy quartz gem grows gradually for centuries and can exist as the final growth layer on agate and other colorful bases. It doesn’t always pertain to quartz because druzy is any type of mineral found in plate-like form like malachite, dolomite, calcite, and garnets.

The most common colors include orange, red, yellow, white, and brown. Beads of druzy style are perfect for pendant centerpieces. Even though it looks delicate and sparkly, druzy quartz is actually a durable gem.

How is Druzy Formed?

The geological process responsible for the formation of a druzy, or the crystal layer on rocks, takes place when water brings minerals to the surface of the rock. Once this water evaporates, cooling will occur and any mineral left behind will form crystals above the rock. Depending on the specific minerals, a druzy gemstone can be of any color, such as white, black, purple, green, blue, or pink. 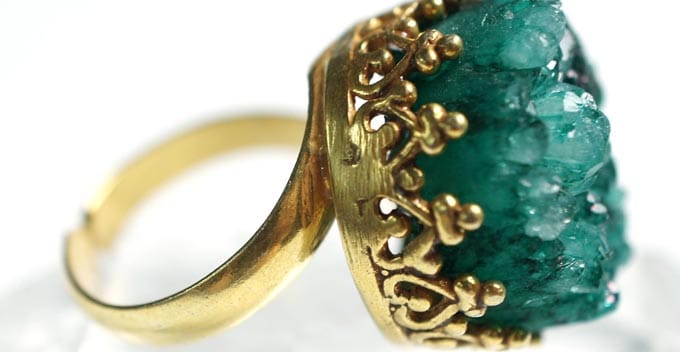 Druzy can also form as lining of cavity in geodes. Geodes have irregular botryoidal agate mass that are lumpy that resembles a cluster of grapes. The result is that there is a small surface area to cut a cab. It is less common to see large stones. Most cutters retain a plain agate border around the cab’s area covered with druzy to produce bigger cabs.

In many druzy, the terminations of crystals look random, with stones glittering like a handful of small diamonds since the angle of viewing can change with movement. Some rare druzy formations occur wherein the alignment of crystal faces are  the same all over the surface with the glitter turning into a flash.

The colors of natural druzy can vary a lot and there are infinite enhanced variations. Crystal druzy of many mineral species aside from quartz are quite rare. This is why more than 95% of the druzy available in the market right now is quartz.

These dyes and coatings are known to improve the not so attractive colors of the naturally brilliant druzy crystal aggregates that turn shades of brown and gray into titanium purple and cobalt blue.

Druzy crystal is the composition of small sparkling crystals on the surface instead of a quite bulky crystalline body.

Druzy crystal could now grow on top of agate or other colored matrix. Different minerals such as calcite, malachite, dolomite, and granite are found druzy crystals as well. Druzy crystals could range from opaque, to translucent, and transparent.

There are times when these are also coated with vapors of metallic origin that is responsible for the strong iridescence of the crystals.

Druzy crystals are mainly used in production of jewelry, specifically for pendants and beads since they exhibit a beautiful color and high sparkle.

These are also very durable and come with a cheaper price tag than their bigger counterparts. White, brown, orange, yellow, and red are the most common hues of druzy crystals.

Druzy crystal is found in different parts of the world and the most common is in the Agate voids.

Most of these crystals are found in Brazil. This is mostly mined in South America, Africa, Mexico, the United States, and Europe.

The druzy quartz is composed of many small crystals with soft and velvet appearance to it. The formation can also have many medium crystals or large formed crystals. Treated colorful crystals are often coated with a gold, sterling silver, titanium, or platinum film. If there is titanium in a druzy, this adds purple, cobalt, or different colors of the rainbow. Agates can also be dyed easily so it is possible to make various shades of backgrounds for druzy.

There are different sizes in this particular form of crystal. The pieces can be very small while others can be larger that make them ideal as display items. It is important to cut the crystals with extra care since these can get damaged easily.

The crystal is often cut fee form for accentuating the crystals’ beauty. As for the most common quartz material, this can be found on the final stages of growth in agate geode, with the pieces chopped out of the middle of geodes.

There are druzy pieces such as garnets found as interlocking crystal plates. If found on matrix, these already come with a backing so the lapidary artist just needs to cut the form out then trim the background matrix off for forming the cabochon.

The druzy is a very beautiful material that doesn’t cost much and will give you more than your money’s worth.