What Is the Birthstone for August?

Jewel How
Table of Contents show
What Is the Birthstone for August?
Origin of Peridot
Colors of Peridot
History of Peridot
Mythology of Peridot
Peridot vs Emerald
Appearance
Value
Properties
Rarity

August is the eighth month in the year and it is known as the ‘love’ month. It is said that during this month, people are more affectionate and romantic. Some people choose to wear their birthstone to bring love into their lives during this month. Read further to know more about the birthstone for August. 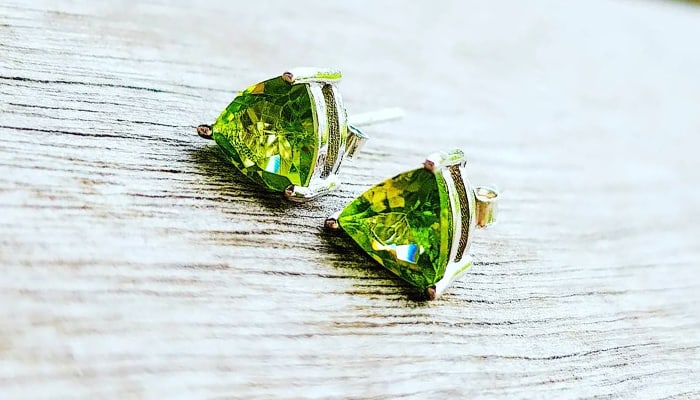 What Is the Birthstone for August?

There are many gemstones associated with different months of the year, but the birthstone for August is peridot. Peridot is a beautiful green gemstone that has been used for centuries. It is believed to have a number of benefits, including improving communication and relationships. Peridot is also said to be able to protect against negative energy and bring good luck.

Peridot has been prized by humans for thousands of years. Early civilizations believed that peridot had magical powers, and used it to ward off evil spirits. Today, peridot is still considered a powerful stone, and is often worn to bring good luck and happiness.

Peridot is found all over the world, but the best quality stones come from Egypt and Burma. Peridots can be green, yellow, or brown, but they always have a beautiful luster.

The peridot is an olive-green to lime-green gemstone. It is a member of the olivine group of minerals and is found in peridotite, a type of igneous rock. Peridot is found in many different shades of green, but the most coveted color is a deep olive green.

Peridots get their color from their chemical composition and the way light interacts with their surface. Most peridots are made up of iron and magnesium, which give them a yellow or olive color. Green peridots get their color from small amounts of chromium or vanadium. The light reflecting off the surface of a peridot will determine its final color.

Peridot has a long and colorful history, which is intertwined with the history of many other gemstones. The ancient Egyptians were some of the first people to appreciate peridot’s unique beauty, and they used it to create jewelry and other decorative items. Peridot was also popular with the Romans, who often carved it into cameos.

During the Middle Ages, peridot was considered a valuable gemstone, and it was often given as a gift to royalty or other high-ranking officials. In more recent times, peridot has become a popular choice for engagement rings and other pieces of jewelry. 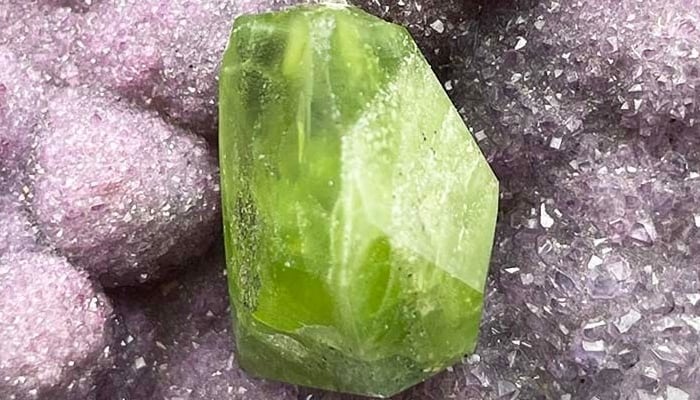 The mythology of peridot is as colorful as the gem itself. According to one belief, peridot was created from the tears of the Greek god Zeus. Another legend claims that peridot was formed when the dragonflies that attended the goddess Aphrodite shed their scales.

The most popular story, however, tells of a beautiful young woman named Peridote who refused to marry the man her father had chosen for her. As punishment, she was turned into a stone that would forever bear her name.

What separates a peridot from an emerald? For the most part, it’s their color. Emeralds are a green color, while peridots are a yellow-green color. However, there is more to separating peridots and emeralds than color alone.

The green hues of peridot and emerald are strikingly similar, but there are some key differences in their appearances. Peridots usually have a yellow-green color, while emeralds are typically bluer green. The difference in shades is due to the amount of iron present in the gemstones. Emeralds contain more chromium than peridots, which gives them their deeper color. Peridots also tend to be less expensive than emeralds, because they are not as rare. 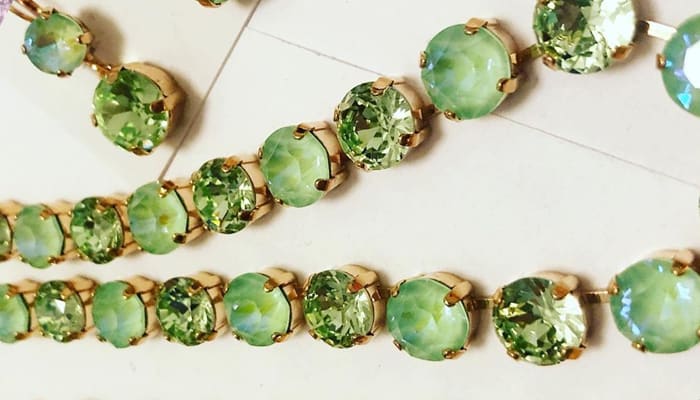 The value of peridot and emerald gemstones can vary greatly, depending on the quality and size of the stone. In general, peridot is a less expensive gemstone than emerald. However, certain large and flawless peridots can be worth more than many smaller and less perfect emeralds. Both peridot and emerald are considered to be valuable members of the mineral family beryl.

Both peridot and emerald are stones with a variety of properties in common. They are both members of the beryl family, and they share many physical and optical characteristics. For example, both stones are typically green in color, though they can also be found in other colors. They also have a vitreous luster, meaning they shine like glass. In addition, both peridot and emerald are relatively hard stones, with a hardness rating of 7 on the Mohs scale.

The rarity between Peridot and Emerald gemstones is often noted, with the two stones typically costing quite different prices. The difference in cost is thought to be related to the rarity of each stone.

Emeralds are typically a bright green color and are considered one of the most valuable gemstones in the world. They are found in a variety of places around the world, but Columbia is thought to be home to some of the best Emeralds.

Peridots are typically a yellow-green color and are not as valuable as Emeralds. They are found in many different locations, but most notably on the island of Zabargad in the Red Sea.