What Is the Birthstone for July?

Jewel How
Table of Contents show
What Is the Birthstone for July?
Origin of Ruby
Meaning of Ruby
History of Ruby
Mythology of Ruby
Ruby vs Sapphire
Rarity
Appearance
Properties
Symbolism
Compatibility 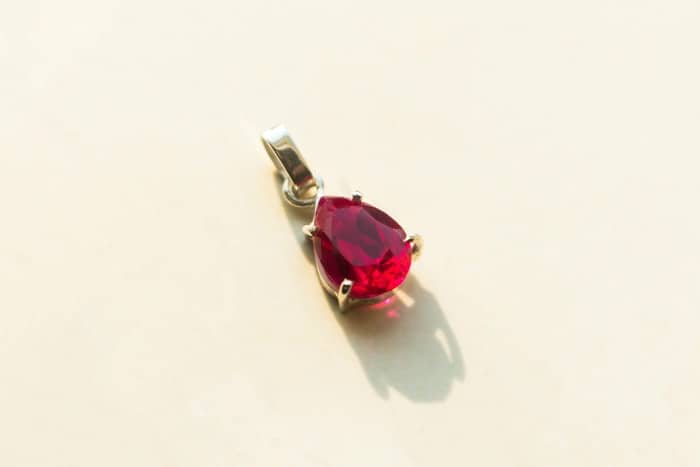 What Is the Birthstone for July?

The birthstone for July is a ruby. Rubies are typically a deep red color, but they can also be lighter shades of pink or orange. They are one of the most valuable gemstones in the world and are often used in jewelry. Ruby is associated with the qualities of passion, courage, and determination. It is also a symbol of love and has been used in jewelry for centuries. Rubies are found in a variety of colors, but the most coveted is a deep red color. They are often given as gifts to celebrate anniversaries or engagements.

Ruby is a gemstone that is found in several places throughout the world. The first known discovery of this precious stone was in the city of Ruby, located in Burma. The gemstone gets its name from this city, and it is still mined there to this day.

Rubies are formed when a mineral called corundum is combined with chromium. The color of the ruby is determined by the amount of chromium present in the corundum. The higher the chromium content, the redder the ruby will be. Corundum that contains no chromium will be a colorless sapphire.

Ruby symbolize love and passion. It is also associated with courage, nobility, and wisdom. Rubies are believed to promote a positive attitude, increase energy levels, and make the wearer more attractive. They are considered one of the most powerful gemstones and are often given as gifts to celebrate important occasions.

Ruby is one of the most sought-after gemstones in the world. It is known for its brilliant red color and rarity. The history of ruby stretches back thousands of years, and the gem has been prized by royalty and other elites for its beauty and value.

The earliest record of ruby comes from India, where it was used in jewelry and other decorative items. In fact, the word “ruby” is thought to be derived from the Sanskrit word “ratna,” which means “gem.” Ruby was also prized by ancient Egyptians, who used it in jewelry, amulets, and other objects.

Throughout history, ruby has been associated with power and wealth. In addition to its beautiful color, ruby is also one of the hardest gemstones in the world, making it a valuable material for jewelry and other decorative items.

The mythology of ruby is as rich as the gemstone itself. The ancient Hindus believed that rubies were created when drops of divine blood fell from the feet of Vishnu as he walked across a field of red tulips.

The Persians thought that rubies were the tears of the goddess Venus, shed over the death of her beloved Adonis. In medieval Europe, it was believed that rubies could protect their owners from harm and even prevent death. Some legends claimed that rubies had the power to change color depending on the wearer’s moods.

Ruby and sapphire are two of the most popular gemstones on the market. They come in many different colors and often have similar properties. However, there are some differences between ruby and sapphire that you should know about if you’re thinking about buying one for your jewelry. 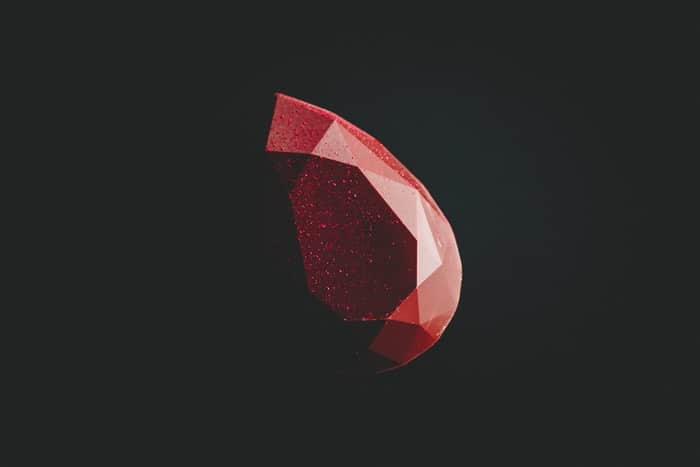 The rarity of ruby gemstones has made them more valuable than sapphires. In fact, rubies are often referred to as “the king of gems.

Appearance-wise, both ruby and sapphire gemstones are quite similar. They share a range of colors from light pink to deep purple, and they can also both be found in shades of orange and yellow. However, there are some key differences between the two gemstones.

For one, ruby is typically a bit darker than sapphire, with a richer hue. Additionally, sapphire is often more transparent than ruby, meaning that you can see through it more easily.

Ruby and sapphire are both gemstones that share many of the same properties. They are both relatively hard, with a hardness rating of nine on the Mohs scale. They also have a high refractive index, meaning they will sparkle a lot when light hits them. Additionally, ruby and sapphire are both dichroic, meaning they show different colors depending on the angle at which they are viewed. Finally, both gems are often used in jewelry because of their beauty and durability.

Rubies have been known to represent love, while sapphires stand for fidelity. Ancient legend has it that Cupid’s arrows were tipped with rubies, so as to make the hearts of his victims fall in love with him. Sapphires have been used as wedding bands for centuries because they are believed to keep marriages strong and faithful.

The two stones have long been thought to be compatible, and are often used together in jewelry. Some believe that they bring good luck and prosperity to their wearer when paired together. In fact, some cultures even consider it bad luck to wear a ruby and sapphire ring on different hands.

While there is no evidence to support the idea that the two stones have any special powers when paired together, many people still believe in their compatibility.