What Is the Birthstone for June?

Jewel How
Table of Contents show
What Is the Birthstone for June?
Origin of Pearl
What Does a Pearl Symbolize?
Peace and Tranquility
Love and Fidelity
Integrity and Loyalty
Colors of Pearl
What Color Pearl Is the Rarest?
Mythology of Pearl
Pearl vs Diamond
Appearance
Hardness
Price

June is a month that is often associated with summertime, happiness, and fun. Some believe that June is named after the Roman goddess Juno, who was known for her power and wisdom. Others believe that June was originally named for the Celtic month of Juniper, which typically marked the end of winter. Whatever the case may be, let find out the birthstone for June. 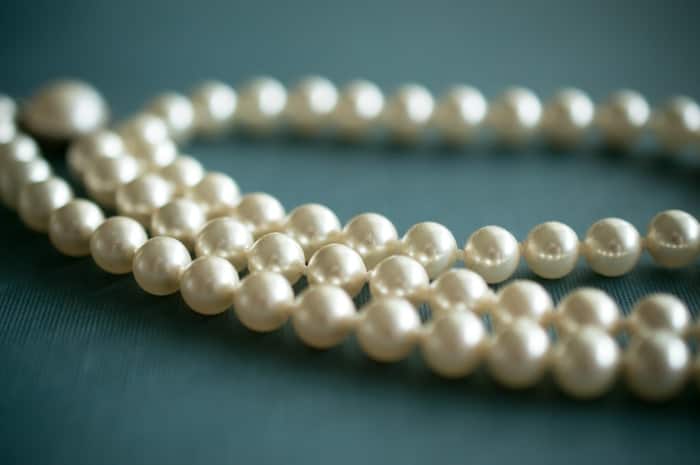 What Is the Birthstone for June?

The birthstone for June is Pearl. Pearls are one of the oldest gemstones, and have been worn by women for centuries. They are unique because they are not a mineral, but instead are created by living creatures.

A pearl is a hard, lustrous object produced within the soft tissues of a living shelled mollusk or another animal, such as an oyster. Pearls are typically white, but can also be pink, yellow, blue, black, or green. They form in response to an irritant inside the mollusk’s shell. The mollusk secretes nacre over the irritant and the nacre coats the pearl.

Many other animals secrete pearls, including marine brackish and freshwater invertebrates such as mussels and clams. In fact, in fresh water environments, more than 2/3 of all natural pearls are produced by mussels. In marine environments, pearls are somewhat rarer, while saltwater cultured pearls make up 99% of all pearls produced.

The origin of pearls is a mystery. Some say they are the tears of the gods, while others believe they are formed when oysters accidentally ingest a grain of sand. What is known for certain is that pearls have been prized for their beauty and rarity for thousands of years. They were once reserved for royalty, but today they can be found in jewelry stores around the world.

What Does a Pearl Symbolize?

The pearl is one of the most beautiful and sought-after gems in the world. It is also one of the most mysterious. Pearls have been prized by humans for centuries, and they have come to symbolize many things. Here are some of the most common symbols associated with pearls:

Pearls are often considered symbols of peace and tranquility. This is likely because pearls are often associated with calmness and serenity, both in nature and in culture. The creation of a pearl is a slow and gentle process, and pearls themselves are often seen as objects of beauty and luxury. In many ways, pearls represent the perfect balance of tranquility and chaos.

One of the meanings of pearls is love and fidelity. Pearls are seen as a symbol of purity and innocence, and are often given as a gift to represent those things. They can also stand for the commitment a person has to their partner, and the faithfulness that they promise.

The pearl has come to symbolize many different things over the years, but two of the most common are integrity and loyalty. Both of these concepts are closely related, as loyalty often requires upholding one’s integrity even in the face of difficult challenges. Pearls have been given as symbols of these virtues for centuries, because they are seen as rare and valuable objects that are not easily obtained. 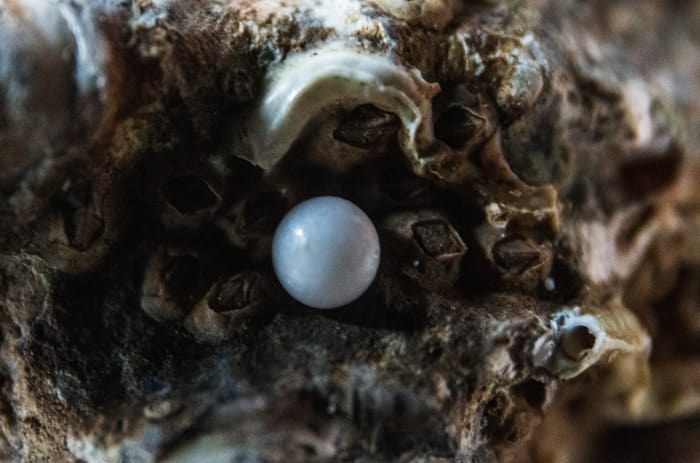 The colors of pearls are determined by the different types of oysters and mollusks that produce them. The colors can range from black to white, with a variety of shades in between. The luster or shine of a pearl is also affected by its color, with white pearls having the most shine and black pearls having the least.

What Color Pearl Is the Rarest?

The rarity of a pearl color depends on a number of factors, including the type of oyster that produces the pearl, its location, and the environment in which it lives. However, some sources claim that blue pearls are the rarest of all colors, followed by black pearls.

The beautiful blue hue of a natural pearl is caused by light interference as it passes through thin layers of nacre. This interference creates a rainbow-like effect, with different colors being visible depending on the angle at which light is hitting the pearl.

Blue pearls are highly sought after and can be quite valuable. They are often used in jewelry to add a touch of elegance and sophistication.

The mythology of pearl is one that is full of mystery and intrigue. It is said that pearls are the tears of the gods, and that they are formed when a droplet of water falls from the sky and meets with an oyster. Pearls have been prized for their beauty and rarity for centuries, and have been featured in stories and myths from all over the world.

One of the most famous myths about pearls is the story of Cleopatra and Marc Antony. According to legend, Marc Antony was given a pearl by Cleopatra that was so large that it took several men to lift it. The pearl was said to be worth more than all the other treasures in Cleopatra’s kingdom combined.

As the world’s most popular gemstones, diamonds and pearls are often compared and contrasted. Diamonds are rare and expensive, while pearls are plentiful and affordable. But what about their practical qualities?

The appearance of a pearl and diamond is strikingly different, but both are beautiful. Pearls are generally white, off-white, or light pink. They have a soft luster that can be described as “moth-like.” Diamonds, on the other hand, come in every color of the rainbow. They have a very hard surface with a high degree of reflectivity.

Some factors that can affect the price of a pearl and diamond include the size, color, and clarity of the stones. The rarity of the pearls and diamonds can also play a role in how much they cost.