What Is London Blue Topaz

Blue gemstones with exceptional brilliance and hardness are fairly expensive and quite rare. It is especially true of gems with darker blue including the spinel, tanzanite, and sapphire. There are still many other cheaper gems with saturated deep blue color such as fluorite, iolite, lapis lazuli, and kyanite. However, these stones are much softer that makes the unsuitable for jewelry pieces used daily like rings. 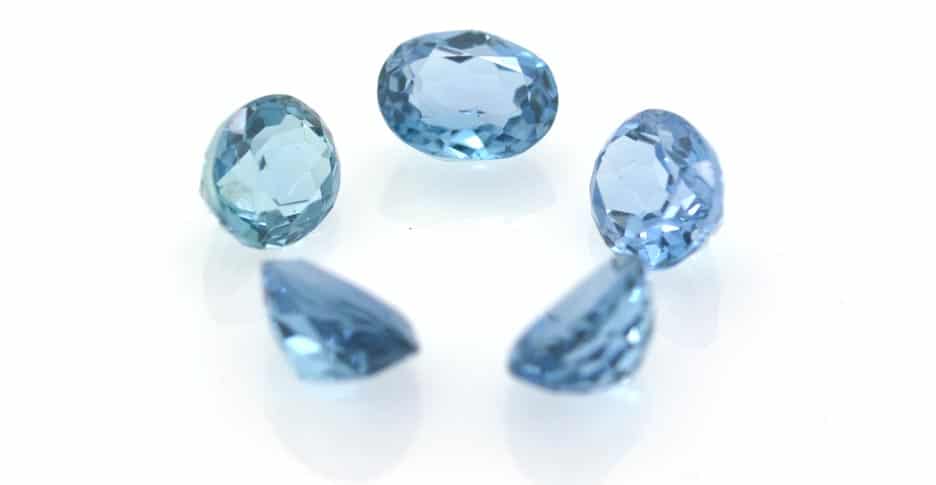 This is why it is not a surprise that blue topaz is currently among the best selling gems in the world of jewelry. Blue topaz is unique in the sense that it offers excellent brilliance and hardness that is ranked 8 on the Mohs Hardness Scale but comes at a very affordable price

Blue topaz is available in both darker and lighter tones often called in the gem trade as Swiss blue topaz, sky blue topaz and the popular London blue topaz. Just like other kinds of blue gems, a higher value is often associated with more saturated blues. And when it comes to blue topaz, the London Blue Topaz is often considered as the most valuable of them all.

Blue topaz stones are available in various shades that range from deep blue with dark to moderate tone to the pale blue with light tone. Swiss and Sky Blue Topaz are moderate to light sky blue colored stones considered to be fashionable for many years.

London Blue Topaz is usually produced through radiation exposure in the nuclear reactor. If topaz gets exposed to the fast neurons, radiation will change the color centers and produce the deep blue color. The heat treatment that follows is often used so that the inky color will turn lighter. Materials treated with this method are probably radioactive and might require a few months of storage before its radioactivity can decay to safer levels. Stringent rules are put in place in order to protect both the consumers and the gem dealers and cutters who handle the gems every day. 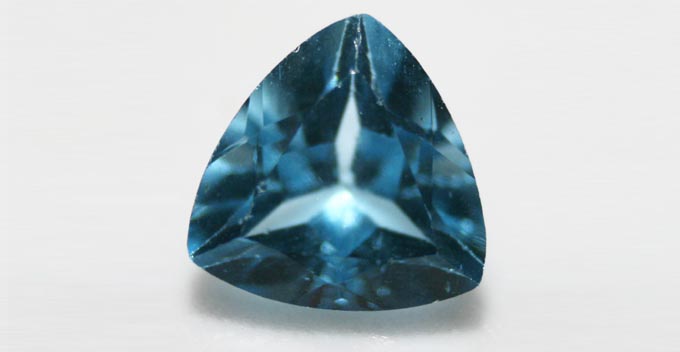 Even though blue topaz can be found in nature, this is actually rare. If ever blue topaz naturally occurs, its color will be lighter.

In general, London Blue Topaz is colorless or brown material that has undergone irradiation and heat treatment to achieve the dark blue color that doesn’t occur in nature. The good news is that this change in color is permanent so there is no need to worry that the color will fade over time. Although irradiation is not common, many colored gemstones that you can find in the market today have undergone heat treatment. Aside from the fact that it helps in producing the coveted blue color, the process of heating can also enhance the stone’s clarity.

More and more consumers today who are interested in London Blue Topaz and its stunning color will surely want to be sure what they are buying in the first place.

Although its color is the primary hallmark of the particular gemstone, to ensure that the London Blue Topaz designation will fall in the narrow band, the clarity is an important factor that should be considered. This also happens to play the most crucial role in the overall value of the London Blue Topaz.

After the cutting the process, the finished gemstone will be assigned with a clarity grade prior to setting it into the London Blue Topaz jewelry. It means that a topaz that is irradiated or heat treated usually scores much higher on clarity scale that increases its value. But, the general rule of thumb is that much topaz has already been eye cleaned that make it to what is known as type 1 gemstone.

Natural topaz basically has 4 quality grades, namely B, AA, AAA, and AAAA. Based on the scale that is most frequently used, topaz with AAAA grade boasts of an effervescent natural color that is very clear of any inclusions that it is difficult to view these under magnification if they are even there in the first place.

But, London Blue Topaz happens to be an enhanced color and not really a natural one. AAA is the highest grade assigned to London Blue Topaz that denotes an improved color or a color that is less intense compared to AAAA. The inclusions are also easier to view under magnification. B or AA is considered the lowest quality that independent jewelers use and the material has the tendency to boast of muted colors as well as inclusions clearly seen under magnification.

Blue topaz is regarded as a stone that represents stillness, inner peace, calmness, and spiritual connection. Probably the icy blue color and the spiritual nature of winter holidays is the reason why blue topaz is the birthstone of the month of December.

The main reason behind the reasonable price of blue topaz is the fact that topaz is a quite abundant material. Natural topaz, however, is primarily in brown and white or colorless. As mentioned earlier, natural blue topaz is very rare. Almost all types of blue topaz that you can find in the market right now is produced through the use of radiation for treatment of white topaz.

Irradiation can change the color of topaz because of the special way that the stone gets its color. Many gems, like sapphire, acquire color from the trace elements like titanium or iron. Some gems like the peridot get their color from the essential chemical composition of the elements. What makes topaz unique is the fact that its color is the result of the color centers or those imperfections found in the crystal lattice that alter the crystal’s way of absorbing light.