What is White Topaz?

Are you shopping for a colorless stone perfect for your special occasion? Of course, diamonds are probably the first options you’ll think of. Unfortunately, while diamonds do last forever, it might also take you forever before you can finally lay your hands on them. 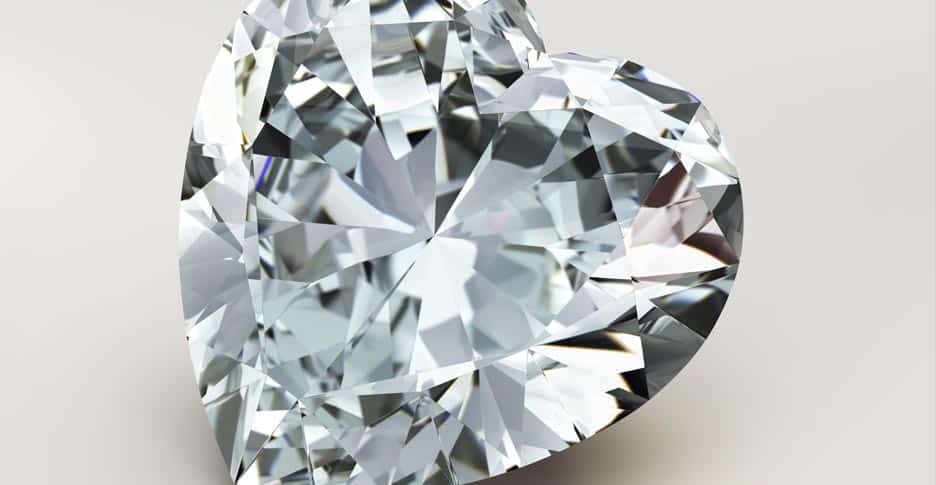 Since diamonds come with hefty price tags, your next best choice is to look for other options that will suit your budget.

White topaz is among the most popular alternatives for diamond that you can find in the market today.

So, what is white topaz?

White Topaz – What is It?

Topaz is the silicate mineral of fluorine and aluminium. Topaz crystallizes in orthorhombic system with crystals that are mostly prismatic and are terminated by pyramidal as well as other faces. With a hardness of 8 in the Mohs scale, topaz is considered as the hardest out of all silicate minerals. The hardness of topaz combined with its unique color variety and usual transparency means that this has been used widely in the field of jewelry. This is a cut gemstone and is perfect for intaglios as well as other gemstone carvings.

How to Evaluate White Topaz

How white topaz looks like is dependent on its primary quality characteristics that also determine the price of the stone.

Here are the factors that are used when evaluating white topaz:

White topaz is actually transparent although this can also contain some natural impurities that might affect its color. For those who want to buy a stone to wear that resembles a diamond, it is best to look for a perfectly colorless white topaz.

Similar to the rest of the gemstones, it is also common for white topaz to have its natural internal flaws or inclusions including crystal formations, lines, spots, and others. Stones are more valuable if they have some imperfections. Search for white topaz gems that look clean to the naked eye as much as possible.

Based on your personal taste, you might want to choose a white topaz gemstone cut in your preferred shape. White topaz stones that will be used as substitute for diamond can usually be cut in round shape.

No matter what your chosen shape might be, if the stone is going to be set in a jewelry piece, see to it that the cut of the white topaz is not that deep. Or else, most of the surface of the stone will stay hidden in the setting once the gem has been mounted.

Your chosen size for your white topaz is all up to you. However, remember that the imperfections in a larger stone are going to be more noticeable.

Aside from that, if you will use a white topaz stone as a substitute for diamond, it will become more obvious that the stone is not the real thing if it is too big. This is because white topaz is not as sparkly and brilliant as that of diamond.

White topaz is quite hard and as mentioned earlier, it measures 8 on Mohs hardness scale. But, this stone is noticeably softer compared to diamond which measures 10 on the same scale. It is only normal for your white topaz to scratch after some time of wearing it. In spite of its relatively high rating in the Mohs scale, the stone is not really that difficult to break so it is best that you keep it protected from any sharp blows.

White Topaz as Substitute for Diamond

Due to its low price and color, white topaz is commonly used as a substitute for diamond. But, other stones like moissanite and cubic zirconia are so much better in this particular regard. This is because their appearance and hardness are much closer to those of real diamonds.

When in natural state, topaz is colorless. This characteristic means that this is often confused with quartz. Several treatments and impurities may make topaz pink, reddish-orange, pale gray, or pale green. It can also be opaque to transparent or translucent. Its red and pink varieties occur when chromium replaces aluminium in the crystalline structure. 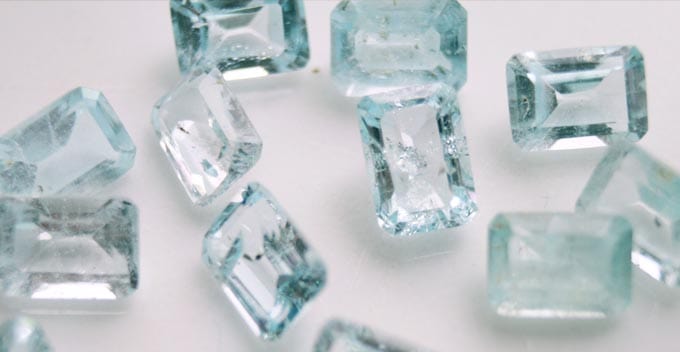 Despite being relatively hard, it is important to treat topaz with more care compared to other minerals with the same level of hardness. This is due to the weakness of the atomic bonding of the molecules of the stone along one or a different axial plane. This is unlike diamond with a chemical composition of carbon that is bonded with one another with the same level of strength along all of the planes.

Topaz also has a quite low refraction index for a gemstone. This is why stones with large tables or facets don’t sparkle right away as stones that are cut from minerals that have higher index of refraction. However, quality colorless topaz can sparkly and show more life compared to quartz of a similar cut. Once given the usual brilliant cut, this might reveal a sparkling table facet with dead-looking crown facets surrounding it. It may also show a ring of the sparkling crown facets that have a dull well-like table.

Topaz is often associated with silicic igneous rocks of rhyolite and granite type. This usually crystallizes in the granitic pegmatites or in vapor cavities in the rhyolite lava. It can also be found with cassiterite and fluorite in some areas.

Diamond vs. White Topaz – What’s the Best Option for You?

It doesn’t matter if you are looking for a diamond necklace, engagement ring, or any other type of jewelry. Your budget is what matters the most. However, what is your best option between diamond and white topaz. Diamonds are expensive but they are a symbol of commitment and thanks to their resilience, they also make as wonderful heirlooms that can be passed down from one geeration to another.

However, not everyone has the budget to afford such as investment and this is perfectly fine since white topaz is an excellent alternative. While a diamond offers you a longer lasting and more vibrant sparkle, white topaz, once given proper care and cleaning, will be equally eye-catching to someone who doesn’t know the difference between the two gems.